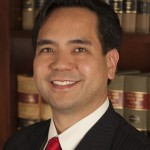 Utah Attorney General Reyes has been a supporter of the direct selling industry for years. As a former business owner himself, Reyes applauds those who desire to manage their own businesses on their own terms.

Utah’s attorney general and top law enforcer, Reyes welcomes the opportunity to speak to owners of startups and established businesses alike on the importance of running ethically and legally sound direct selling companies.

In 2014, Honorable Sean D. Reyes was elected Utah’s 21st Attorney General by one of the largest margins nationwide.

In less than three years under Reyes’ leadership, the Utah AG Office was named finalist for the 2015 Utah Ethical Leadership Award by the highly acclaimed Daniels Fund Ethics Initiative program. In 2016 for the second consecutive year, the Utah Attorney General’s office won four Best of State awards for state elected official, agency among other honors.

Appointed by Congress and the President of the United States, Reyes conducted public hearings throughout the country to advise the Administration and Congress on Latino issues, and is an active surrogate for the RNC’s Asian American and Pacific Islander outreach program.

Having prosecuted the notorious human/child sex trafficker Victor Rax in Utah in early 2014, Reyes participated in an undercover sting in Colombia in October 2014 with the non-profit anti-trafficking group Operation Underground Railroad, where he and a team comprised of several ex-military, special ops and civilian supporters rescued over 120 young girls from cartel members.

Today, eradicating trafficking in Utah remains a priority for the Reyes administration along with other policy initiatives including prosecuting violent and white collar crimes against the most vulnerable in our society.

The son of a Spanish-Filipino immigrant father, who fled the Marcos regime and a Japanese-Hawaiian mother, AG Reyes is Utah’s first minority elected statewide. General Reyes and his wife are the proud parents of six children.